I admit that concealer is my #1 favorite makeup product and makes the most impact when used correctly. Yes, it might take an extra couple of minutes to deal with those dark circles from a long night out or just being up throughout the night consoling a teething 6 month old (uh hem, my current struggle!), but trust me – you, and the rest of the world that will have to look at you will thank you!

Prime Example- Miss Britney Spears (who is making a comeback ya’ll, have you heard her new song, “Womanizer“, it’s classic Brit ) looks like a pop princess when using her concealer rather than the pop “flop” picture sans concealer on the left.

A lot of women admit to me that they are intimidated by concealer, “what type to use?”, “what color?”, “where is the best place to use it?”, etc. So here is a quick lesson in helping to erase the imperfections you might want to forget about.
“The Art of Concealing”
Dark Circles: First let me start by saying, there are lots of products on the market that are supposed to fix or lighten you undereye circles, but honestly, those circles are caused by the hereditary dark veins that lie beneath the surface of that thin skin under your eye, and they’re there to stay. You just have to figure out how to cover them up. And as you age, that thin skin just gets thinner so you have to work a little extra harder than you did when you were 21.
Blemishes: These are a bit trickier to cover up depending on what “stage” your blemish aka pimple,zit,volcano, is in. If it’s still under the surface it’s easier to conceal than if you’ve picked and proded at your blemish and now the skin on top is broken and gooey. Yuck, I know, but we all do it.
Redness: Some form of redness/darkness usually occurs right around the sides of our noses and the corners of our mouth. It’s not reeally noticeable until you actually apply a little bit of concealer on those problem areas and then you notice it automatically brightens up your face!
Practice makes perfect when it comes to concealer, so don’t give up on it and keep trying to perfect the art of camouflaging! You never know when the paparazzi is gonna catcha without it…..

These Products Hide My 40 Year Old Dark Circles The Best 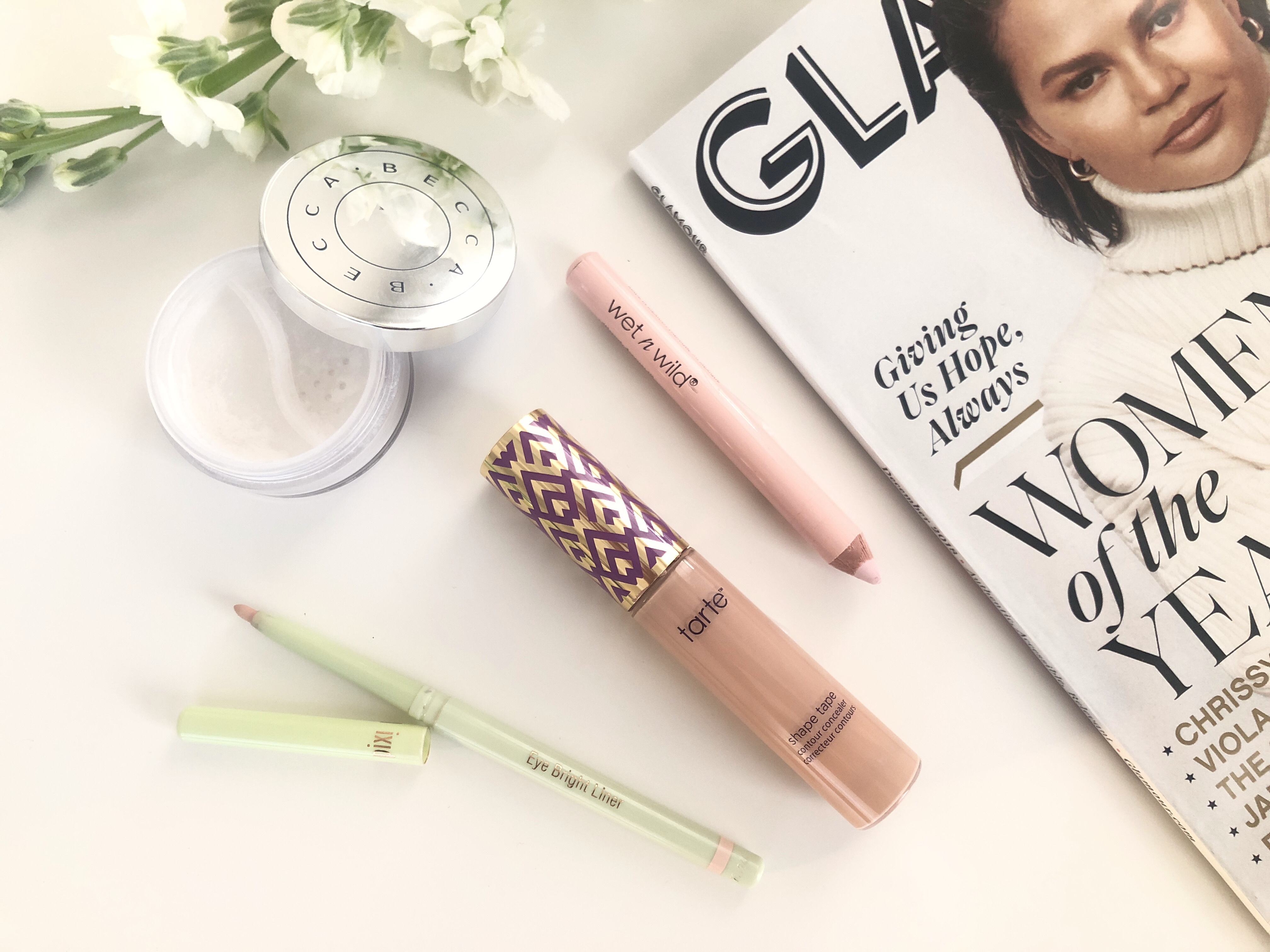 4 Steps To Covering Those Annoying Dark Circles (for the over 35 crowd!) + A Video 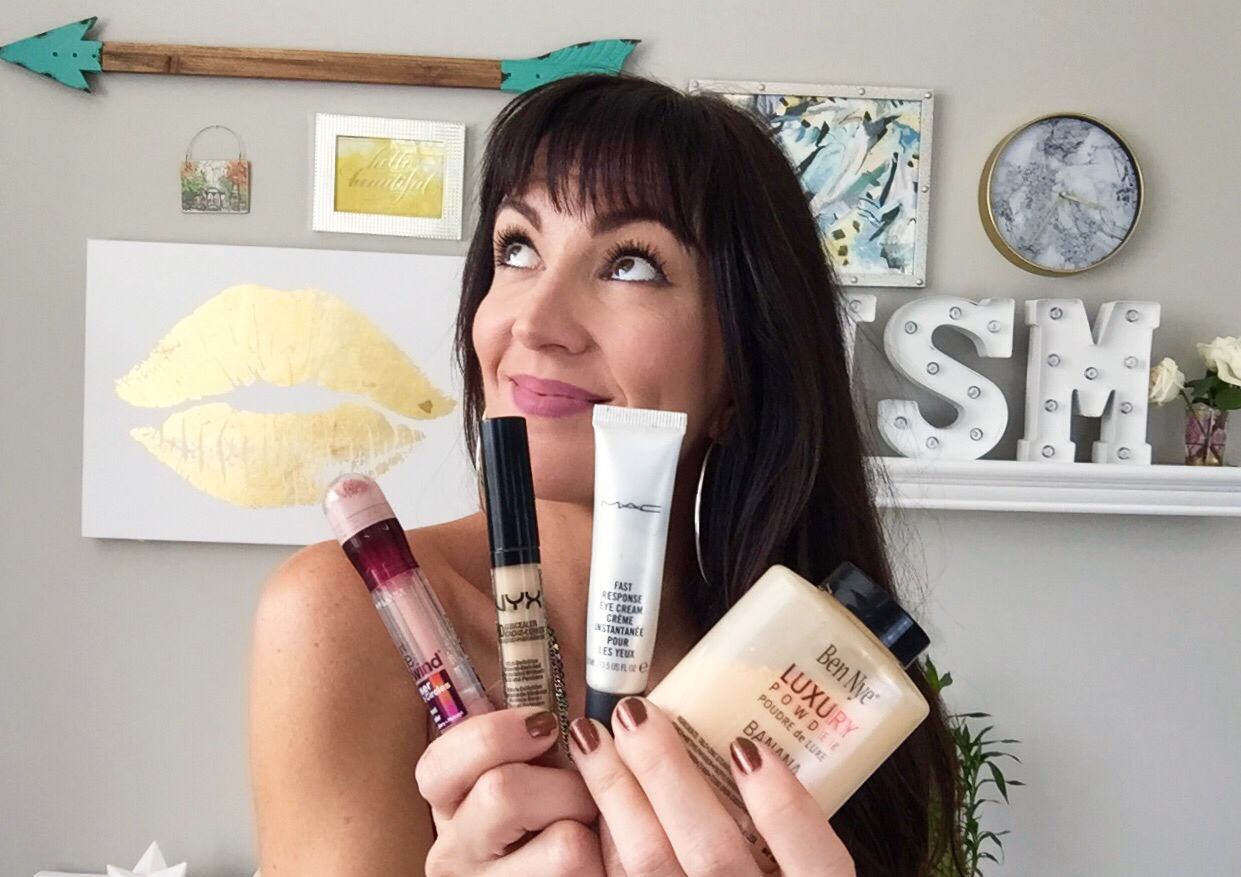 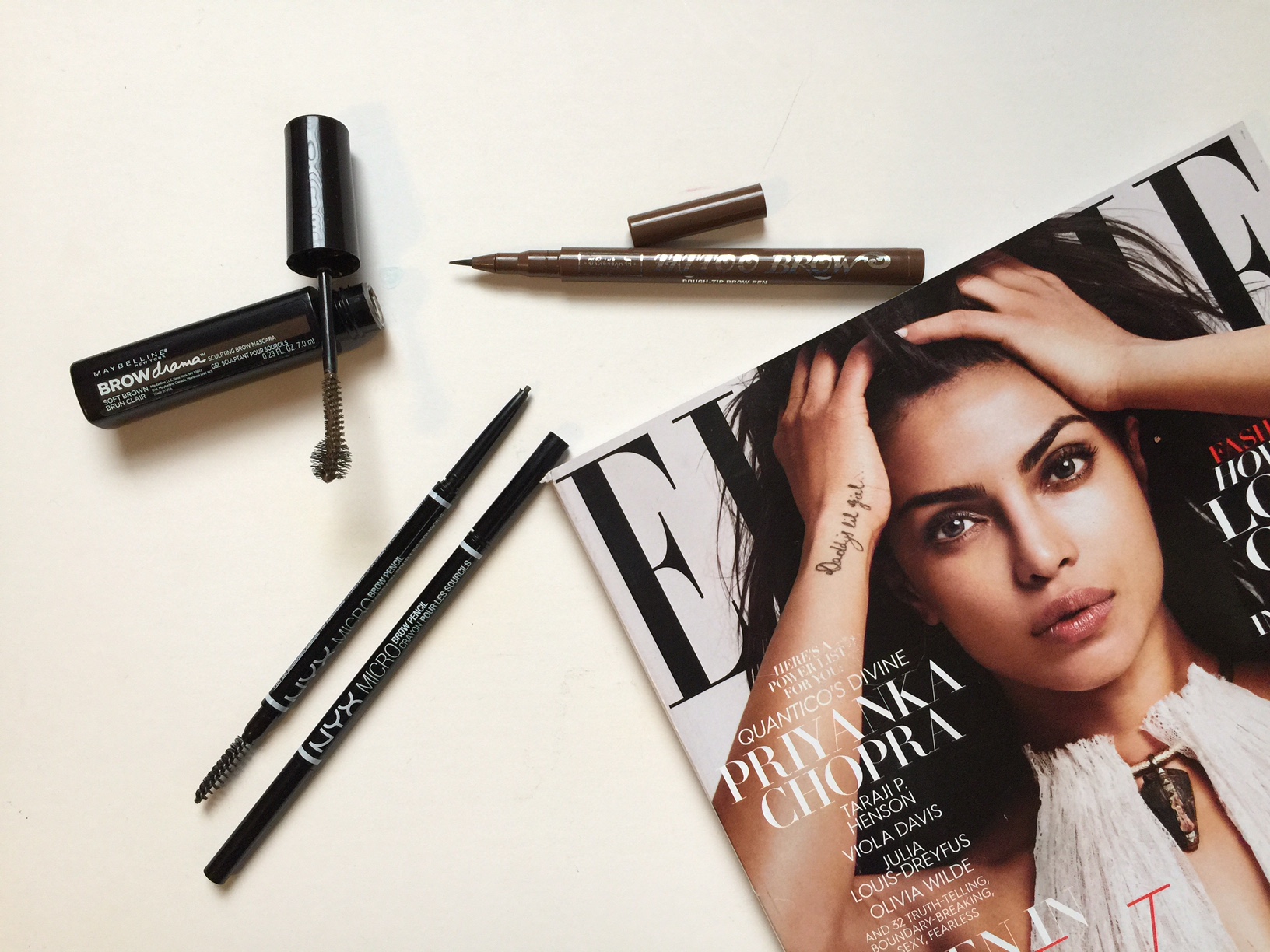