Now I’m not that in tune with ESPN sports personalities, (except Kirk Herbstreit, he’s pretty hot), but I do have to occasionally keep up with them because my husband is always watching college football this time of year. Whether it’s his beloved Georgia Bulldogs (mine too) or any other college fooball game, we’re watching. So I inevitably must take on the task of picking apart the female sportscasters and their makeup, hair, fashion, etc. It’s the woman in me to judge another woman that I have no personal connection with, except for the sheer fact that my husband watches her every breath when she is commenting on his beloved football.

This brings me to my opinions on the following female sportscasters. Erin Andrews and Holly Rowe, both of ESPN. I will preface my comments by saying,”God bless these women” for standing up to these coaches and athletes (who lets face it, aren’t always so Rosy to interview) and trying to hold their ground in a male predominate sports world. I’m proud of both of these women for embracing their femininity and not dumbing down by not even attempting to wear makeup (uh hum, Pam Ward, ESPN play-by-play announcer. My husband says, “that’s why she does Big Ten games.”), but one of them does it best.

This chick definitely makes me want to be in her field of work. She talks sports intelligently, holds her own with big burly athletes, and looks damn good while doing it (and she was a Zeta Tau Alpha at Florida, my old sorority-but I was a UGA Zeta!).

Miss Andrews embraces her femininity with her wardrobe on the field and her makeup works for being on camera. Her skin is always flawless which means for being on camera, the foundation is probably pretty heavy (Max Factor Pancake, which I love) and she might use a face primer underneath like Smashbox Photo Finish Light Foundation Primer.

But her focus is typically always seen on her eyes. Her eyelashes are huge and her eyebrows are perfectly arched and filled in to give her that youthful appearance which are the framework of the face. I love N.Y.C.’s eyebrow pencils- they have a brush on the end as well as the pencil color, and it’s cheap! Erin knows not to overdo it too much with the makeup by doing heavy eyes and lips, so she goes either dramatic eyes OR lips, but typically she goes with dramatic eyes with neutral lips. Smart choice since she has that great smile and mouth that speaks for itself with a neutral lip color.

Holly gives the makeup a good college try, but comes up short in her effort. There is a c

oncept, as “too much of a good thing.” I think in Holly’s case, she thinks the more the better in terms of her makeup. She typically wears too much blush and her lipstick is too harsh.

Like her partner in this field Erin, she needs to pick one feature to focus on and downplay everything else- even if you are on TV. Nobody likes to watch a clown reporting on who made the last penalty or touchdown, it’s distracting. She should stick to a cheek stain to make her cheeks appear more natural like Tarte’s cheekstain in Tipsy- it’s almost foolproof as long as you blend it into your skin enough. And she has a nice mouth, so instead of wearing dark scary lipstick colors, she could soften up her look with a lipgloss that’s not so harsh, like Clinique’s Long Last Glosswear. This is a nice gloss that contains SPF (since she might be outside covering games) to wear that’s not too sticky and would last through her outdoor football interviews full of questions!

Look for these ladies this weekend during the upcoming college football games and make your decision on who gives the best onscreen makeup. I give both these women a thumbs up for braving the football field, but I must make the call in favor of Erin Andrews (even though she’s a Gator)….Touchdown girl! 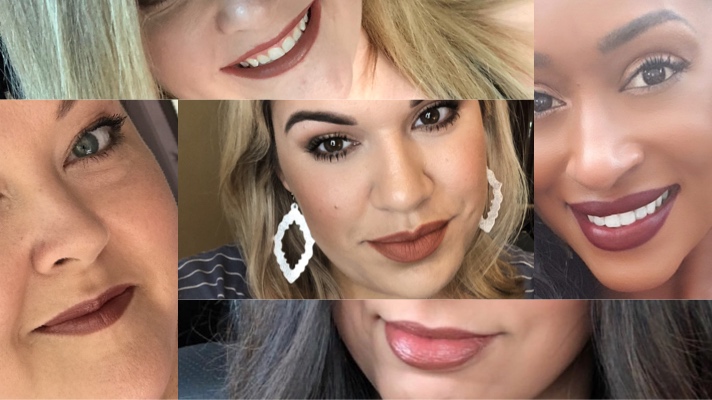 Would You Wear It : Red Blush 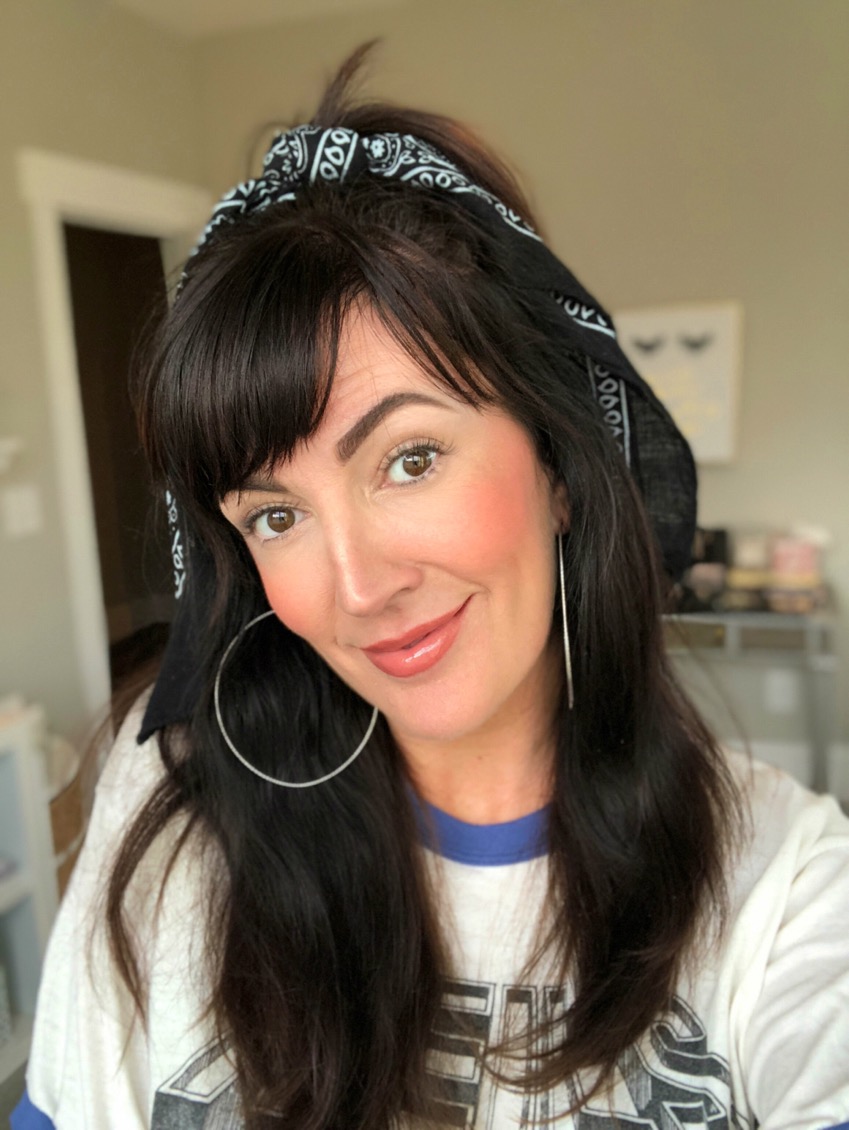